Traffic signs are signs seen on the road that provides people information while they are walking or driving.  These signs, also referred to as road signs, are very useful in controlling and guaranteeing safety while on the road.  To be able to serve its purpose, these signs use pictures rather than words in order to make it understandable no matter what language the people are using.  First developed in Europe, custom traffic signs were first used during the ancient times.  However, instead of boards, the signs were made of milestones.  When the Middle Ages arrived, the milestones signs became multidirectional signs.  These signs are usually located at intersections and used to provide directions to various cities and towns.

The signs become modern around the late 1870s and were made especially for bicycle riders.  High and ordinary bicycles are very hard to control because of its speed.  Thus, the cycling organization decided to put up signs to warn the riders of possible dangers that are ahead of them.  These signs became the basis of the present safety signs as these signs did not merely provide the riders directions but also warnings.  Then the traffic signs became more complex as automobiles were developed because it was realized that signs with only words are no longer sufficient.  It was in 1895 that the first modern-day sign system was formulated.  It was devised by the Italian Touring Club.  Then in 1900s, a proposal of standardizing the road signage was being considered by a Congress of the International League of Touring Organizations inParis.

The British government introduced four signs based on shapes in 1903.  Unfortunately, the 1908 International RoadCongress has established the basic patterns of majority of signs were finalized in Rome.  Then, nine governments in Europehave come into an agreement to use the same symbols that indicates bump, curve, intersection and railroad crossing.  The efforts being put into the traffic signs development during 1926 to 1949 eventually resulted to the European road sign system.  The United States have also developed their own road sign system and other nations just modified them into their own concept for their own countries.

The materials used for these signs also underwent a lot of evolution.  Before the industrial period, the signs were made of stones and wood.  However, the materials were changed to iron during the late 18th and 19th centuries.  The irons were change into aluminums though right after.  They were used with glass reflectors before reflective plastic for night-time and low-light visibility areas.  As time passed by, new generations of road signs were developed as they are now seen on electronic displays.  In addition, they are now being incorporated to almost all up-to-date technology.  The most popular road sign is probably the stop sign, which is always depicted by a red octagon-shaped board with the word STOP.  Other common traffic signs are the following:

To order traffic signs for your needs, call us now or fill up the FREE Estimate form below right away… 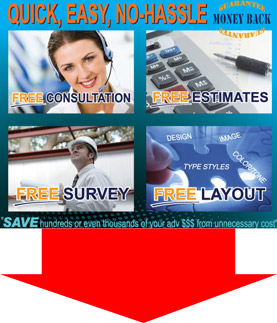 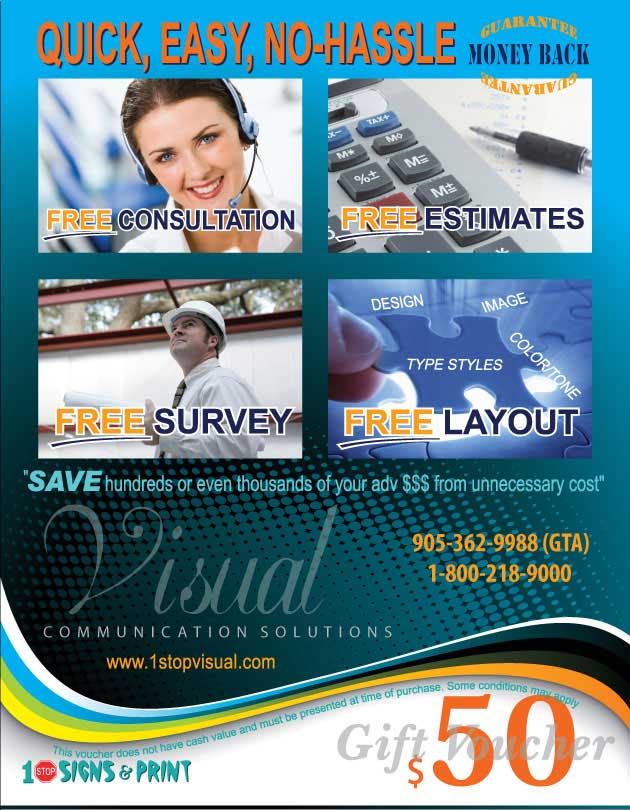